Well off we go!

From Iloilo, it takes two hours to get to the island by plane. After that it’s a one hour shuttle bus ride to get to my destination. I arrive in Cagayan de Oro, yes it’s a city. There are many vehicles driving around, the likes of which I’ve never seen before. 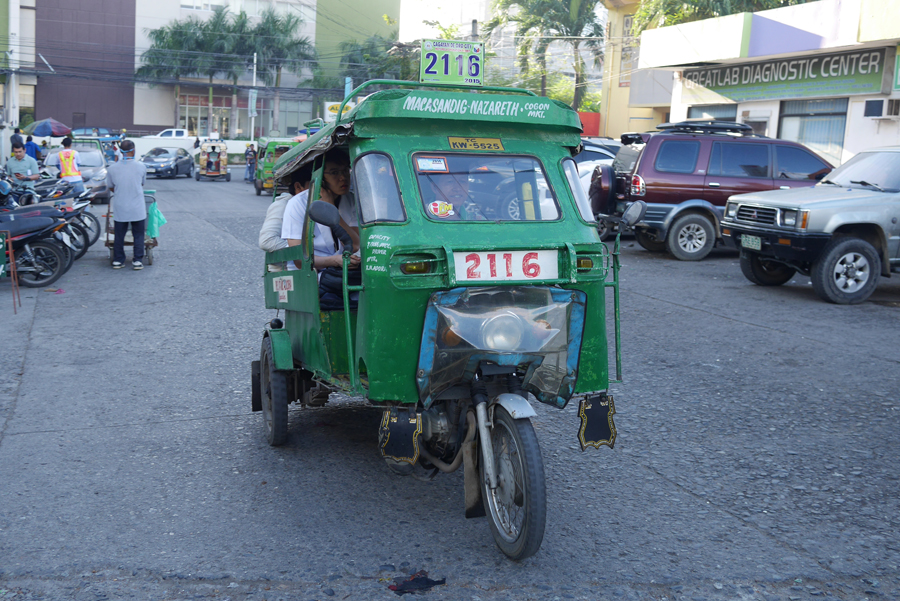 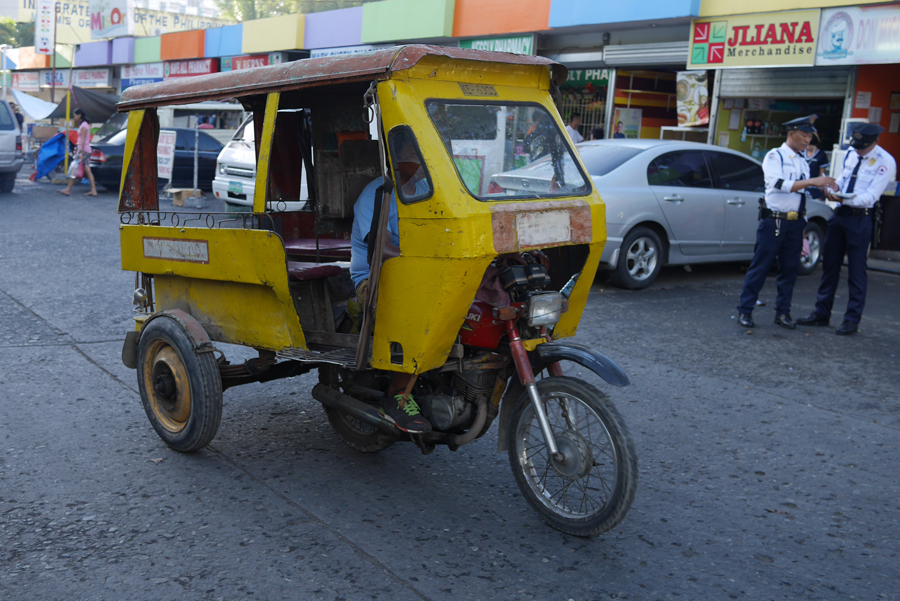 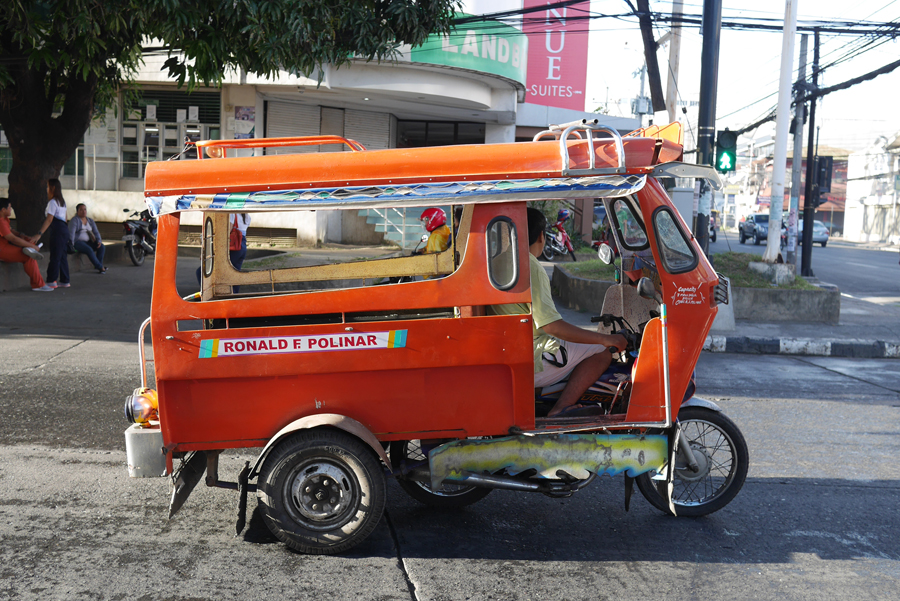 These vehicles are called motorelas and are a famous sight in Cagayan de Oro. They’re like a combination between a tricycle and a jeepney. Aren’t they cute. 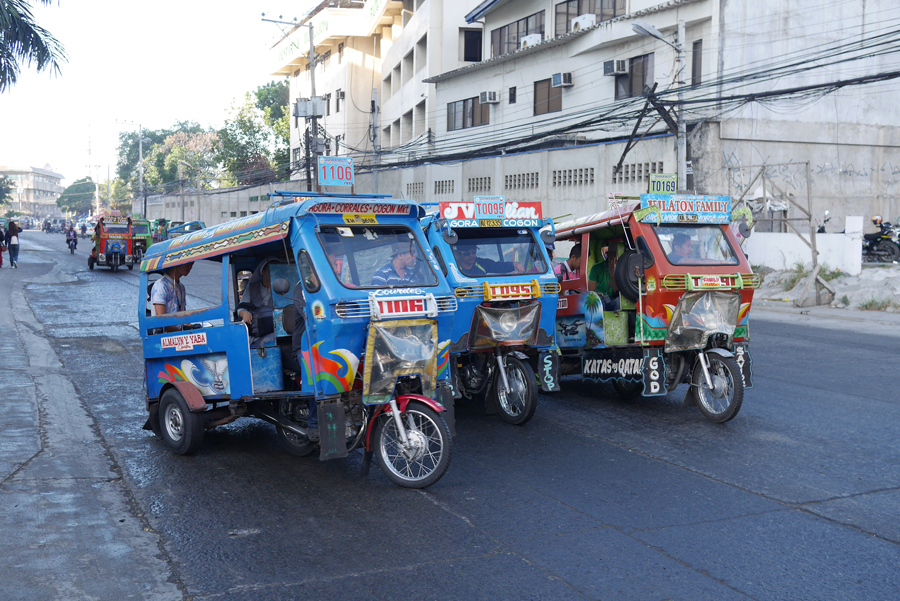 Michael E. Bacol, who will be my guide in Cagayan de Oro, comes to meet me. He is a local painter. After dinner, we have a few drinks and prepare for the next day.

The next morning, Michael wants to introduce me to the artist collective Siete Pesos to which he belongs. We go to the university art gallery where the leader of the collective, Oscar Floirendo works.

Siete Pesos is a very well known artist collective in the Philippines. They even represented Cagayan de Oro and participated in the 2013 Singapore Biennale. Each member also works individually but for the Biennale they made a collective piece about the Motorela. Speaking of which, Oscar’s father is the one who invented the Motorela. So cool!

This is Siete Pesos’ page in the catalogue of the 2013 Singapore Biennale. They made the Motorela in the picture by themselves. 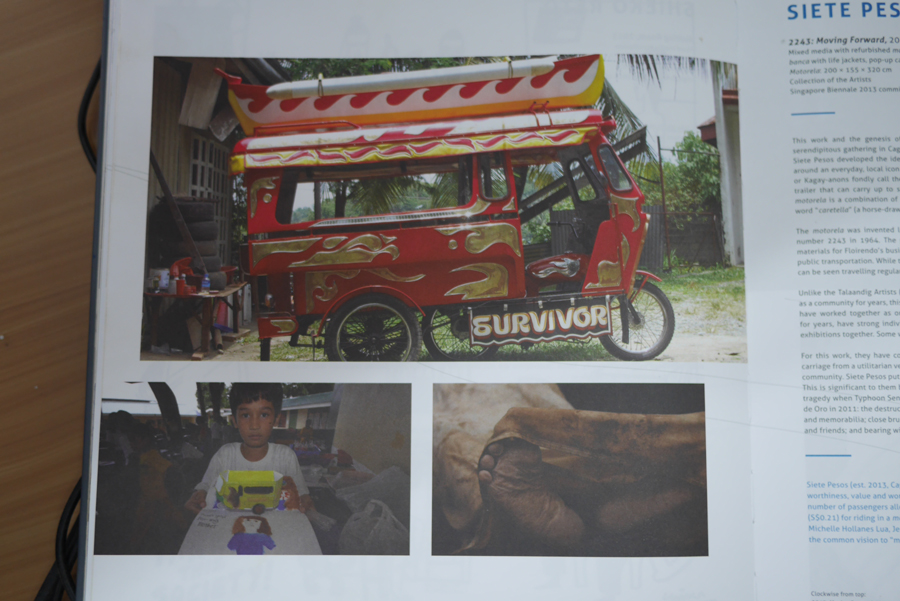 Members of Siete Pesos keep turning up. By the way, the name Siete Pesos came from the number of members in the group “seven” as well as the fare for riding a motorela of “seven pesos” （siete pesos）. One of the members couldn’t make it because he is on vacation, but the remaining members and I take a picture together!

Michael is on the far left. All of them are such great people!! 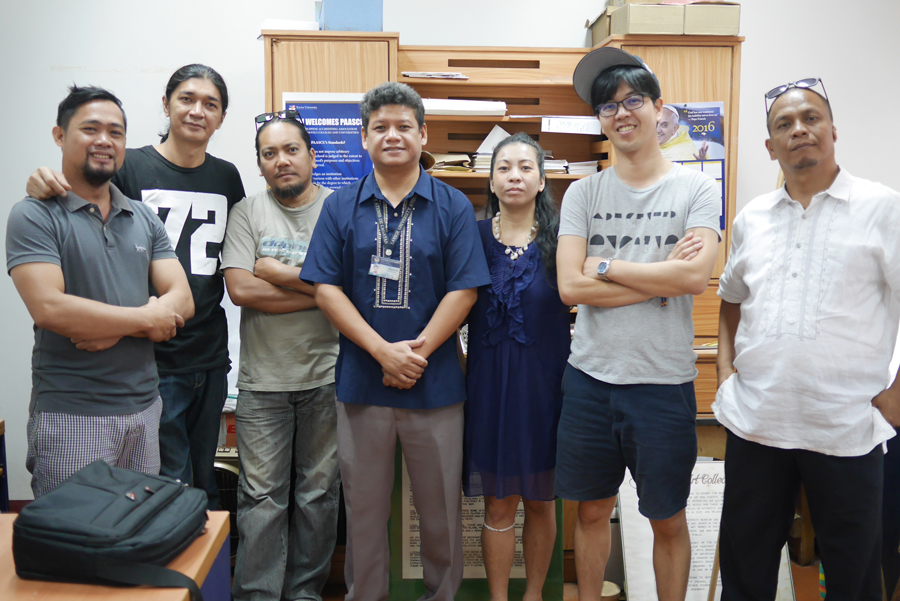 Next we are heading to Capricho Gallery Café, where Michael coordinates exhibitions. 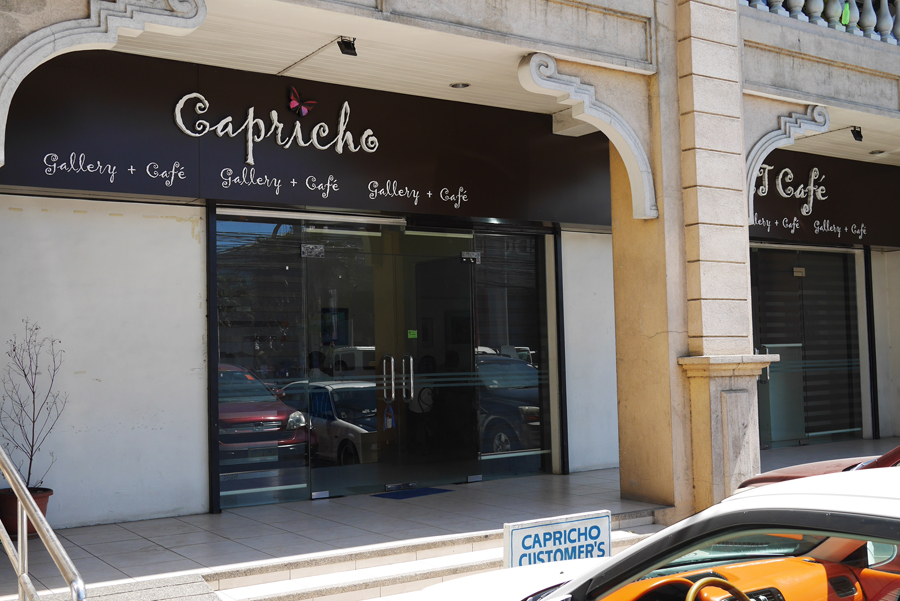 The space has a café and gallery attached, and the owner is on the board of directors of the university located at the back of the space. On the day of my visit, an exhibition of the gallery’s permanent collection is on display, however usually Michael and one other gallery director alternate in planning shows for the space. Apparently, members of Siete Pesos also often exhibit their works in the gallery space. 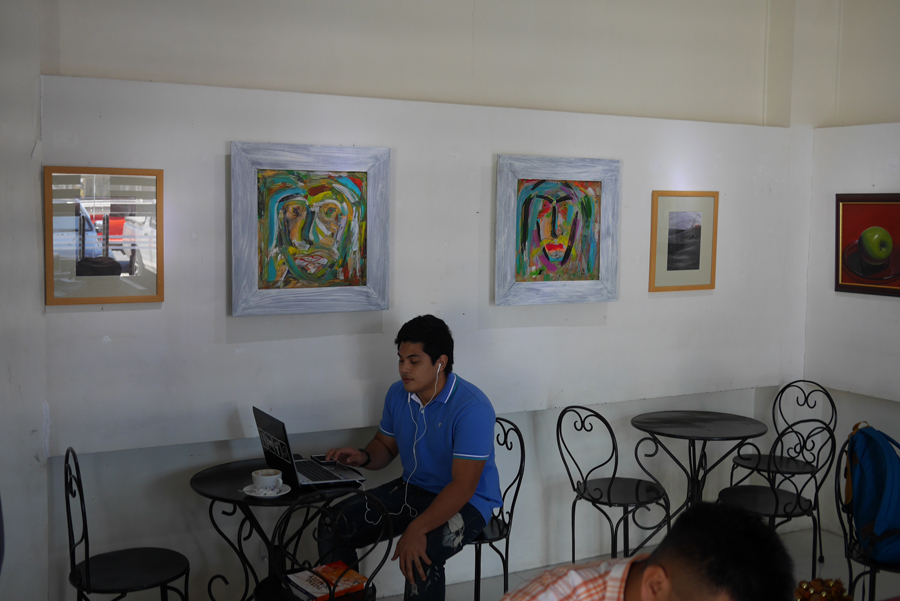 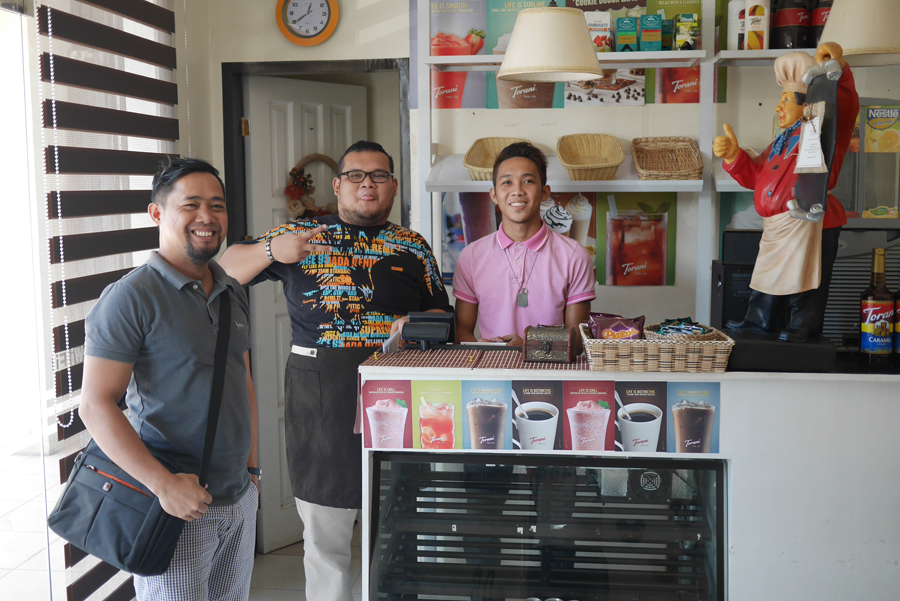 We leave Capricho and head to a luxury five star hotel. Siete Pesos’ exhibitions are often on display here, as per the hotel owner’s request. 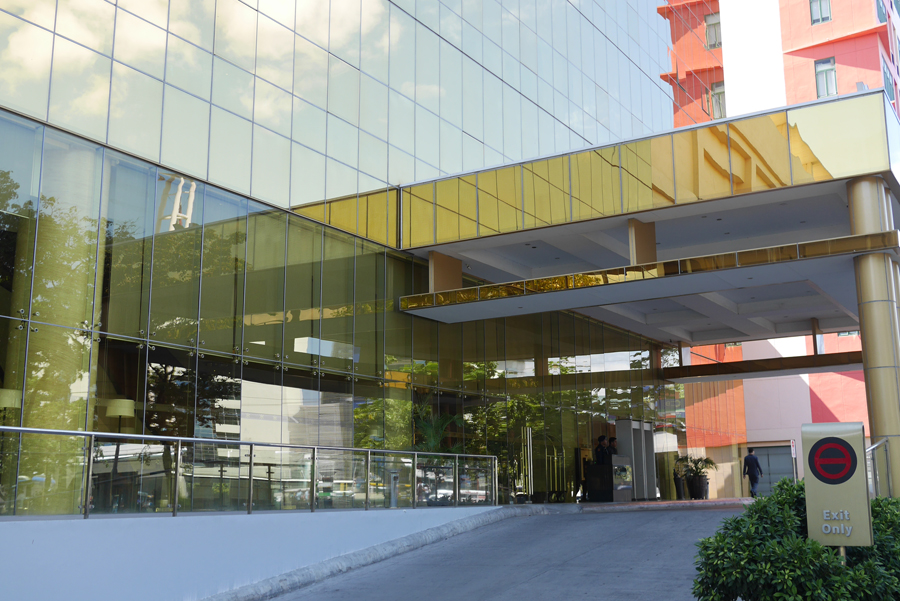 We used an elevator to go up to the fourth floor, so many artworks are exhibited in the hallway leading to the pool and all of them are for sale. It is so glamorous being tied up with a five star hotel.

Picture hanging on the wall in the hallway. 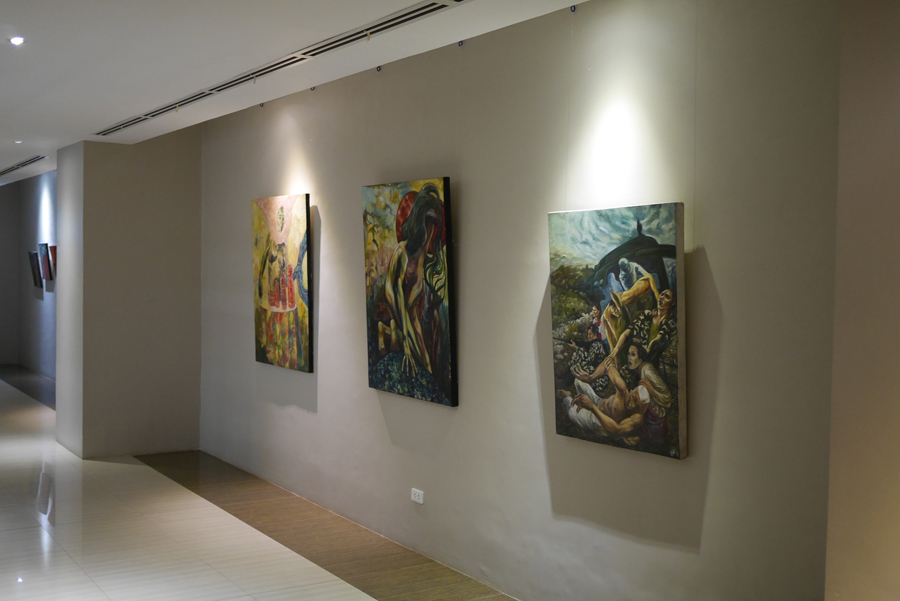 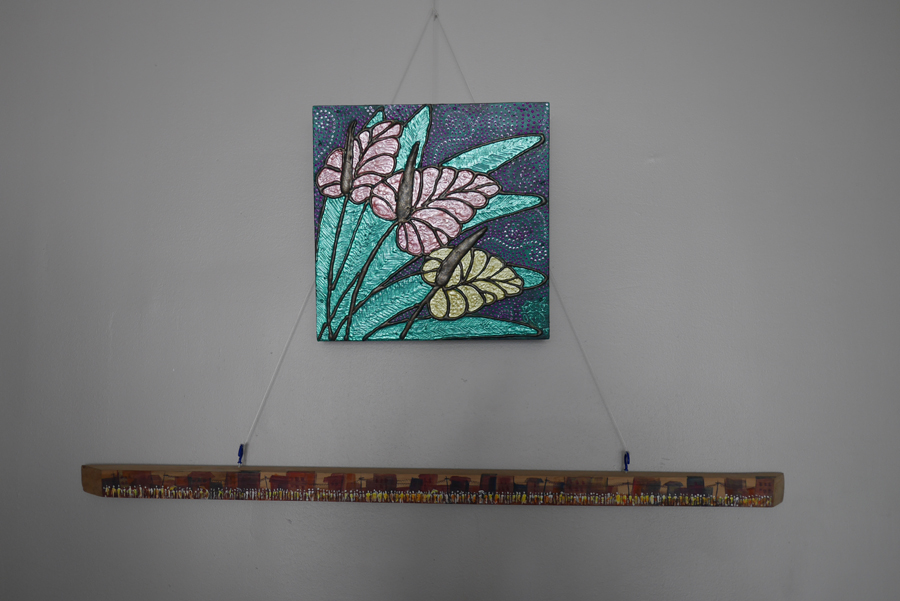 Through the hallway is the outdoor pool area. It’s on the fourth floor, yes it’s so luxurious. 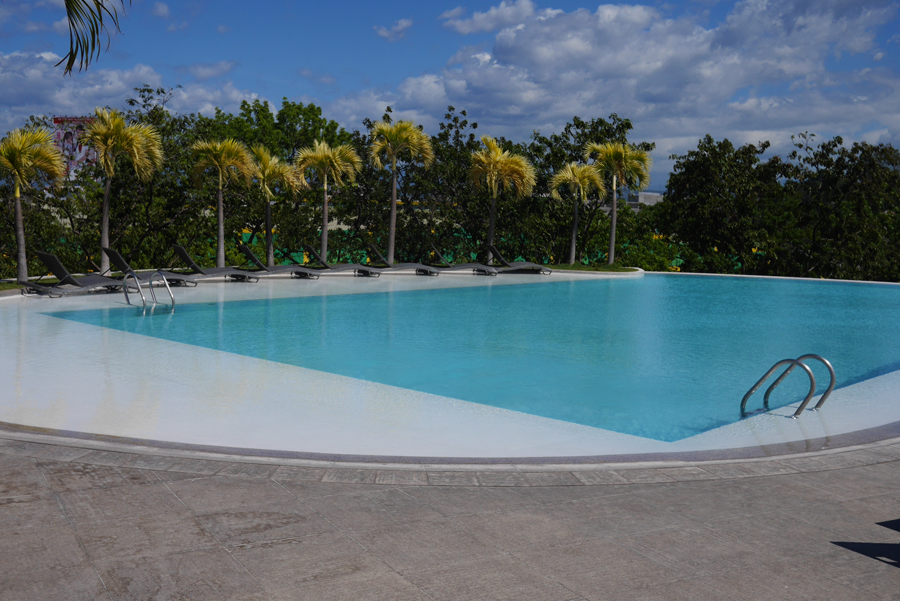 As the sun starts going down, we go to the last stop, the Siete Pesos members Michelle and Jericho’s house and studio. With the help of their carpenter friend, they have been building this house bit by bit. You could say that this place is an artwork in its own right. Michelle is a sculptor and Jericho is a painter. There are many cats （apparently a total of twenty keep coming in and out of the house） It adds a good vibe to the whole place. 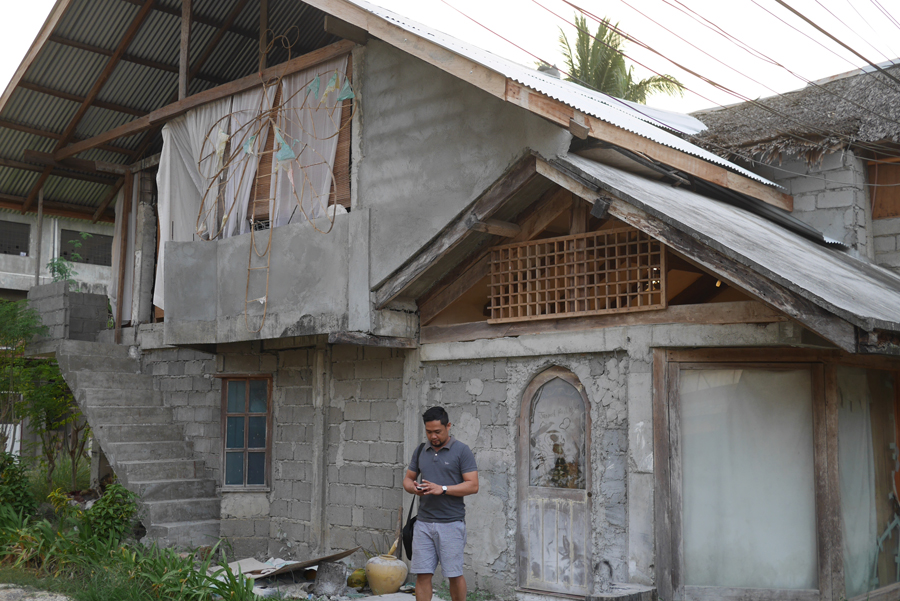 Many artworks and art materials lie tightly packed in the studio. 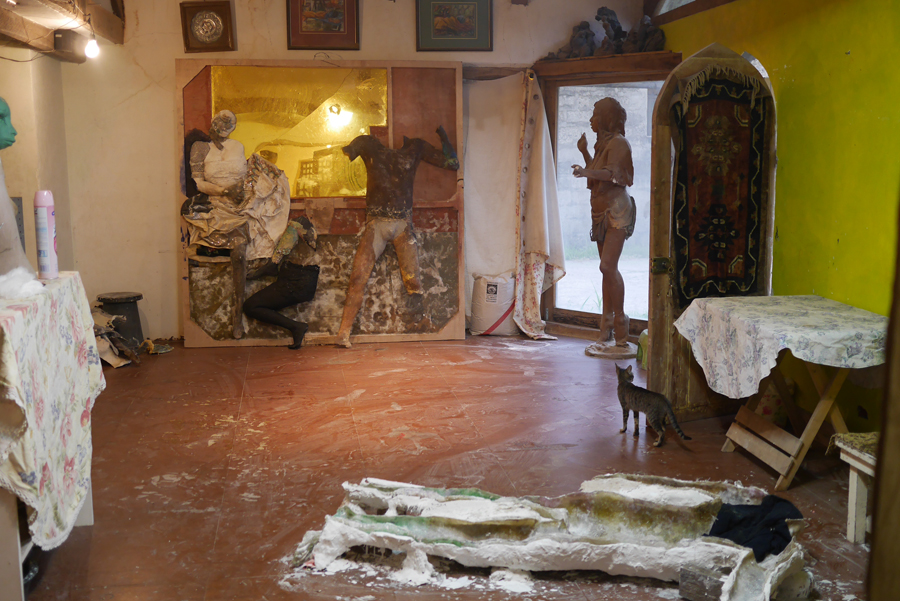 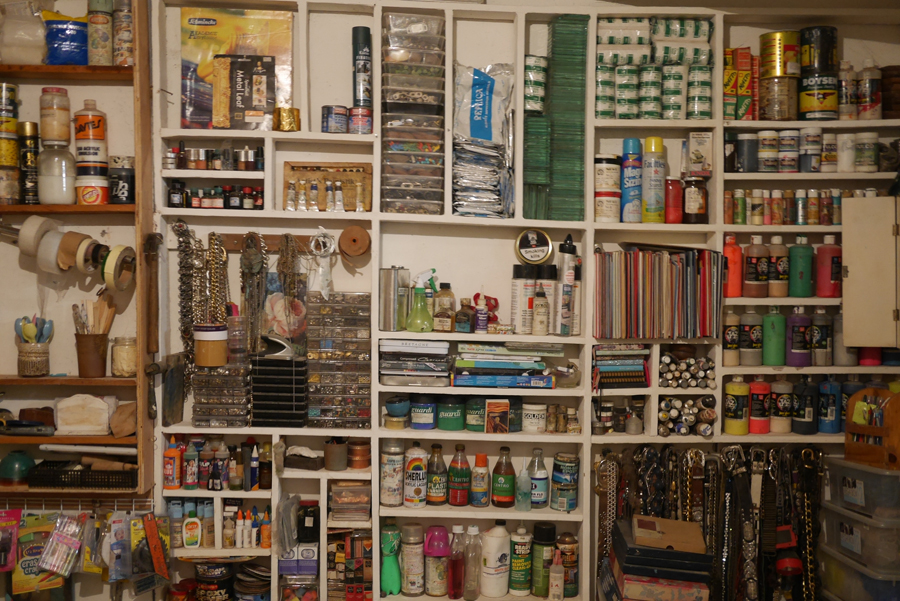 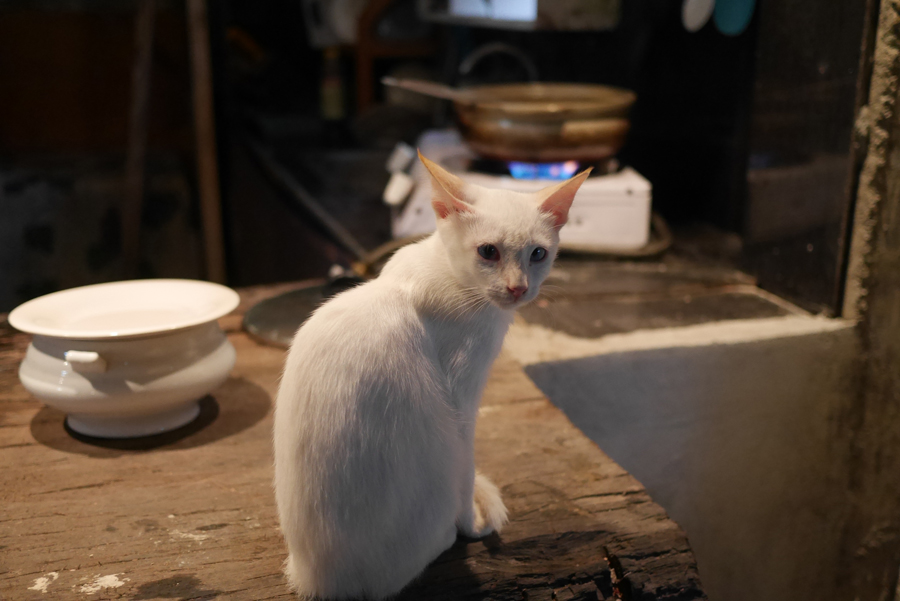 After a while, local artists and gallerists also stop by. I hear that this is a typical scene in Cagayan de Oro. Good atmosphere! A big thank you to Michael and all the members of Siete Pesos. 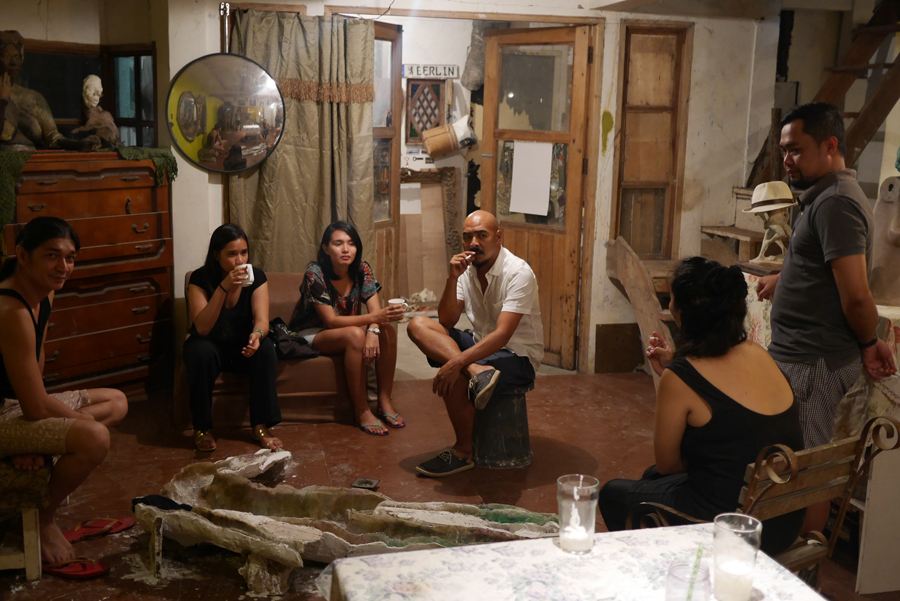 If you get a chance to go to Cagayan de Oro, you should meet all seven of these artists.
Capricho Art Cafe
https://www.facebook.com/capricho.art.cafe/